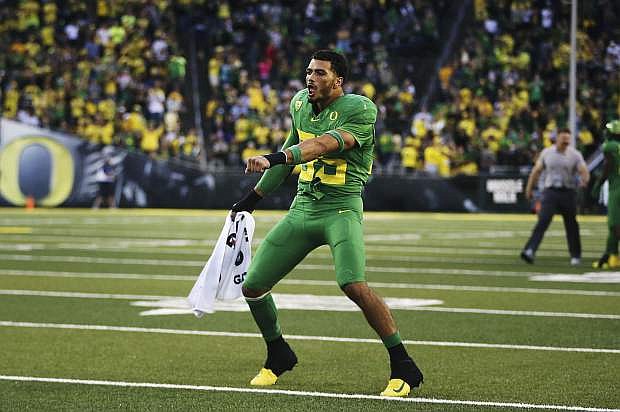 Oregon&#039;s Troy Dye dances on the field between the third and fourth quarters of the NCAA college football game against Nevada Saturday, Sept. 7, 2019, in Eugene, Ore. (AP Photo/Chris Pietsch) 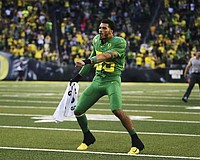 Nevada Wolf Pack notebook: ‘We gave up in the second half,’ says Dom Peterson

Dom Peterson didn’t like what he saw during the Nevada Wolf Pack’s 77-6 loss to the Oregon Ducks on Saturday in Eugene, Ore. “We gave up in the second half,” the Wolf Pack sophomore said on Monday. “That’s something I never saw from our team since I’ve been here.”