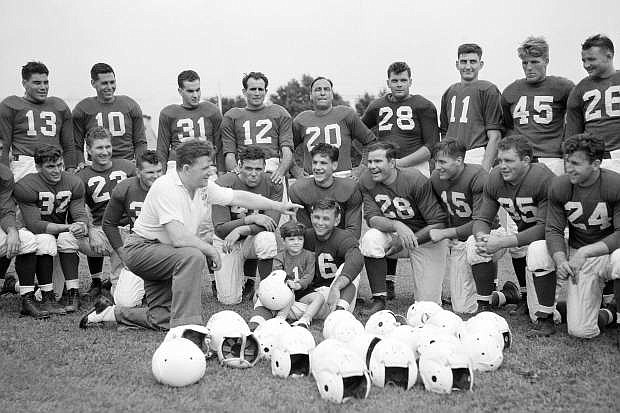 FILE - In this July 26, 1939, file photo, Philadelphia Eagles owner and head coach Bert Bell talks to his squad as his son, Bert Bell Jr. sits on a players lap, in Philadelphia. Bell, who later became the league&#039;s commissioner, created the NFL draft as a way to assist teams who couldn&#039;t attract top talent in the free-for-all system that had been in place. (AP Photo/File) 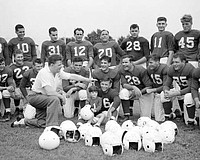 A look at the NFL’s second decade, the 1930s: FRANCHISES The 1930 season was played with 11 clubs, including the Portsmouth Spartans — who became the Detroit Lions in 1934 — the lone newcomer. It also marked the final season for the Minneapolis Red Jackets and Newark Tornadoes.