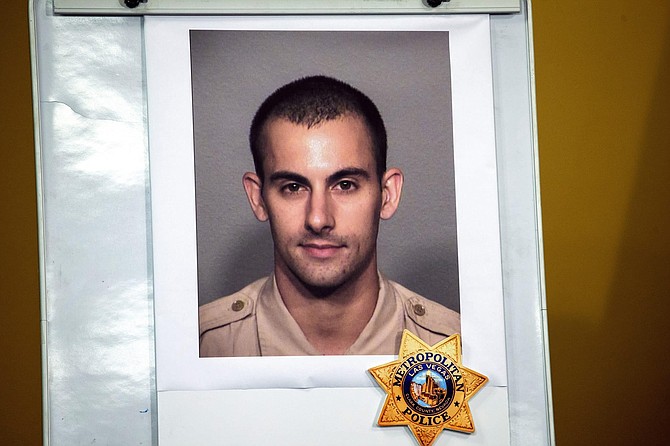 A photo of Las Vegas police officer Shay K. Mikalonis, 29, a four-year veteran of the department, is displayed during a media briefing at police headquarters in Las Vegas on Tuesday, June 2, 2020. Mikalonis was was shot Monday night in Las Vegas. 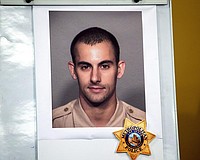 LAS VEGAS — A Las Vegas police union president says an officer gravely wounded when shot during a Monday night protest against George Floyd's death in Minneapolis successfully underwent surgery to remove a bullet from his neck.