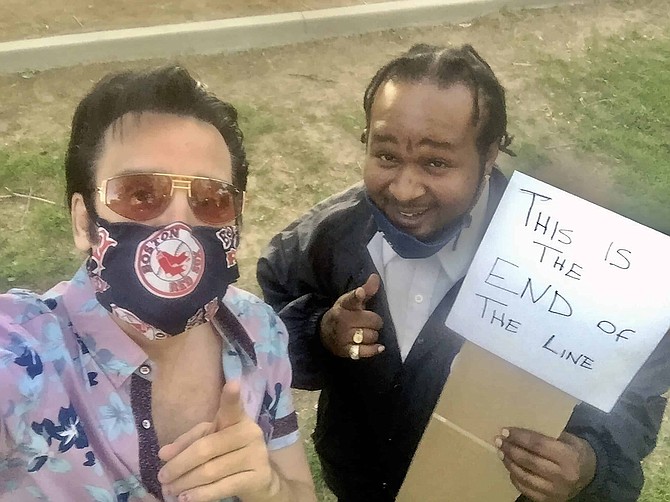 In this Tuesday, June, 9, 2020 photo provided by Steve Connolly, Las Vegas voter Steve Connolly, left, takes a selfie with line monitor and security guard Deondre Morgan as the last person in line at the in-person voting site at the Paradise Recreation and community Services Center in Las Vegas. Nevada&#039;s plan to conduct its primary election during a pandemic mostly by mail still resulted in long lines at the few polling places running Tuesday and delays when officials had to repeatedly clear and sanitize a polling place. 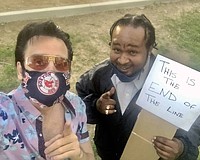 LAS VEGAS — Nevada's primary election conducted mostly by mail for the first time due to the pandemic produced a bigger turnout than usual but drew complaints and questions from voters in long lines at the few polling places operating Tuesday.