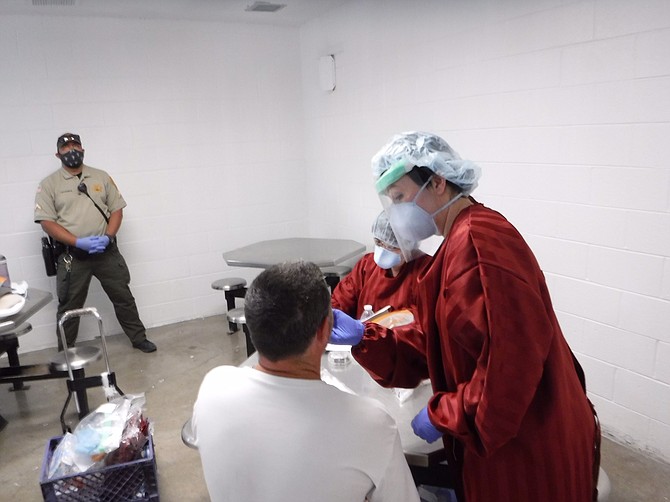 A NDOC nurse tests an offender for COVID-19 under the watchful eye of a correctional officer. 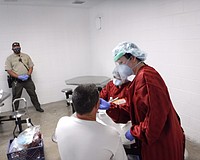 The Nevada Department of Corrections has expanded its COVID-19 testing initiative to facilities in Northern Nevada after confirming its first case of an offender testing positive, according to a NDOC news release. The male offender who tested positive was a transfer from Washoe County Detention Center in Reno to Northern Nevada Correctional Center in Carson City.