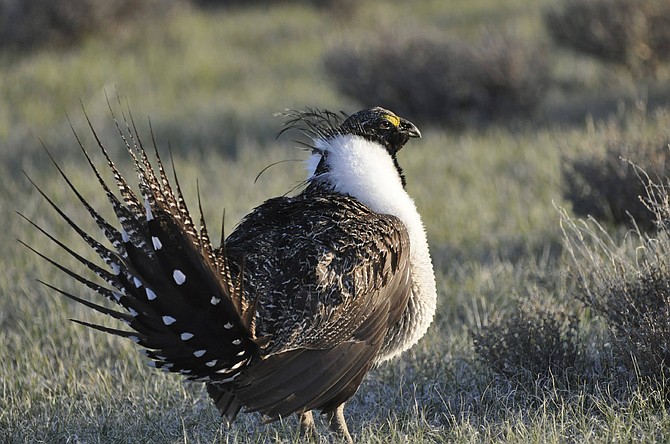 FILE - This March 10, 2010 file photo provided by the U.S. Fish and Wildlife Service shows a bi-state sage grouse in Nevada. Citing the government&#039;s repeated reversals and refusals to protect the cousin of the greater sage grouse the last two decades, conservationists are suing again to try to force the federal listing of the bi-state sage grouse along the California-Nevada line. The Western Watersheds Project, WildEarth Guardians and Center for Biological Diversity filed a lawsuit in U.S. District Court in San Francisco last week against the U.S. Fish and Wildlife Service. It&#039;s the latest move in a legal and regulatory battle that dates to the first petition to list the bird in 2001 under the U.S. Endangered Species Act. 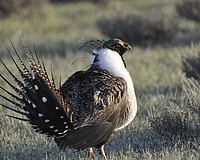