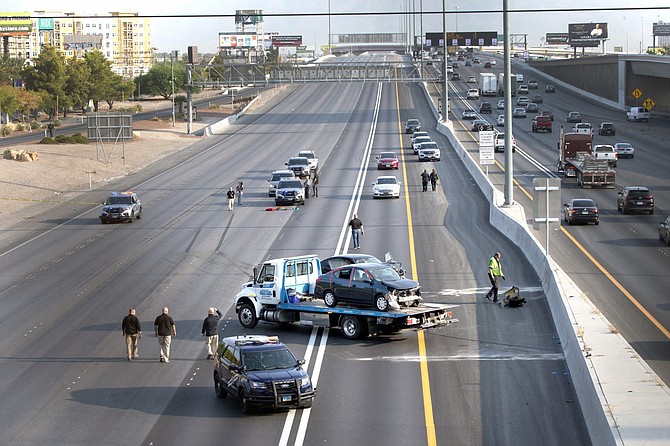 Las Vegas Metro Police investigators and crime scene analysts work the scene of a crash on I-15 southbound in Las Vegas Wednesday, Sept. 16, 2020. A driver found dead after the crash on the busy freeway overnight had been shot in the head, and investigators are trying to unravel what might have been a road rage killing, a police official said Wednesday. 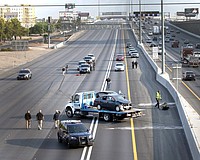 LAS VEGAS — A key freeway in Las Vegas reopened Wednesday following a more than nine-hour closure to investigate a crash that revealed a driver was shot in the head and killed in what investigators think might have been a road rage killing.