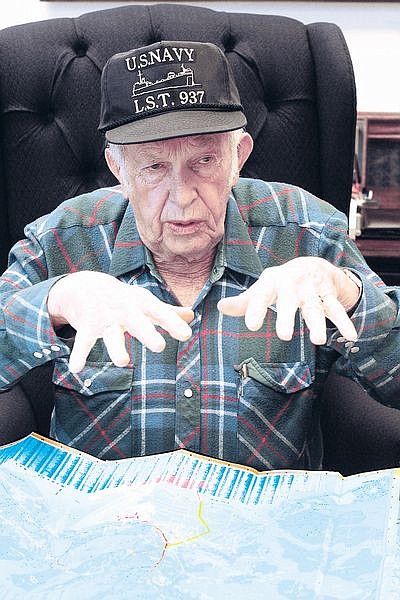 Senator Lawrence Jacobsen R-Gardnerville recalls the attack on Pearl Harbor while looking over a map of the area in his office at the Legislative Builing. The Sen. was 17 at the time. photo by Rick Gunn