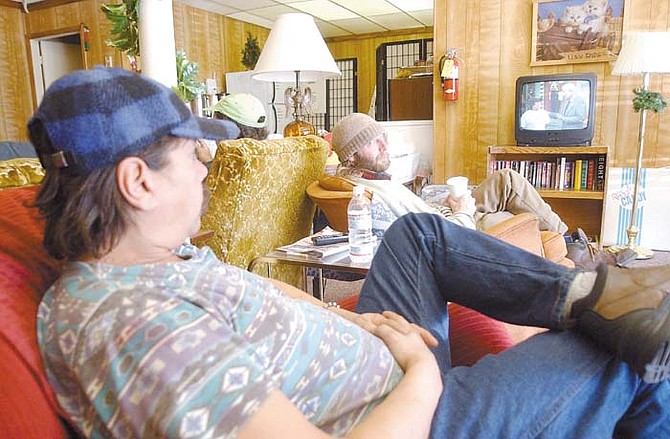 John Taylor, left, and Steven Lakey watch television at the Jubilee Center where people can come to get support for different problems whether they are depressed, suffer from a mental illness or are just out of work. Photo by Brian Corley