Officers out in force for holiday 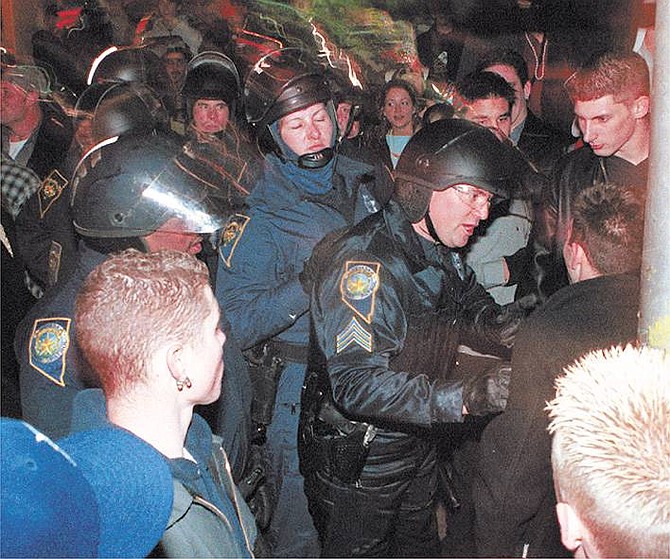 Jim GrantNevada Highway Patrol Troopers gave a warning to a New Year&#039;s reveler who was hoping to climb a pole in front of Harrah&#039;s Lake Tahoe on New Year&#039;s Eve last year.