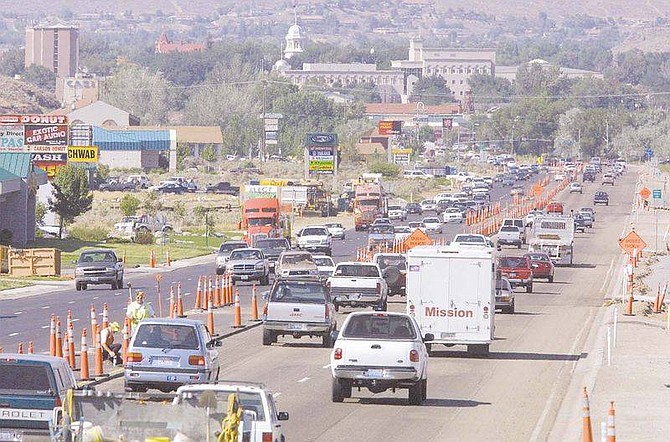 Photo by Cathleen AllisonTraffic on South Carson Street saw some relief on Wednesday when the new southbound lane was opened to traffic. Crews continue to work on the heavily traveled stretch to complete the new northbound lane.