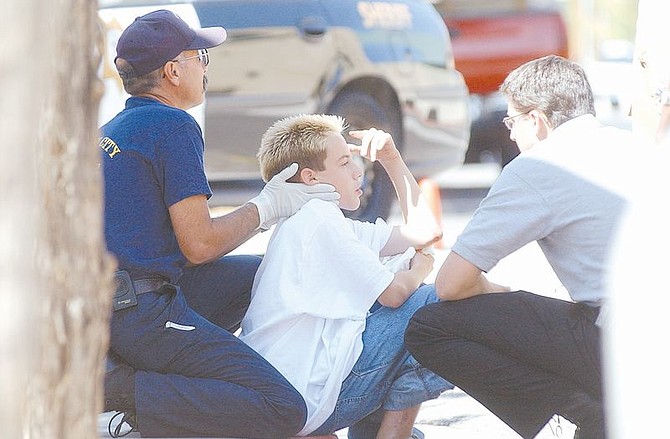 Thirteen-year-old Steven Goodwin is looked after by Carson City paramedics after being hit by a truck at the intersection of Curry St. and Musser St. Tuesday afternoon. Goodwin was riding the wrong way down a one-way street and received minor injuries. His bike was toast.