Man gets at least 20 years in motel-room beating death 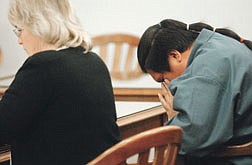