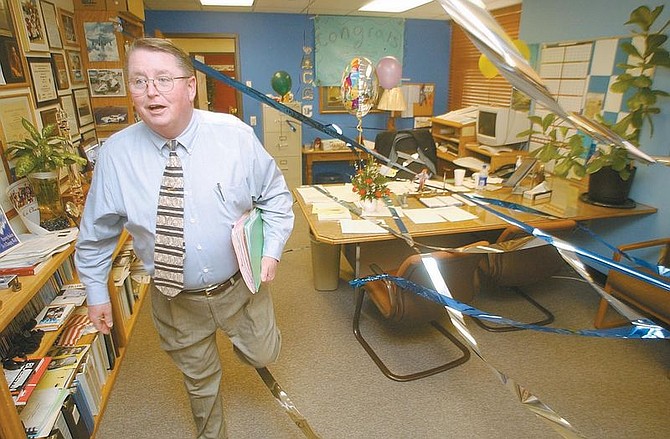 CHS principal Glenn Adair steps over a ribbon which lined his office after students decorated it Tuesday. The students and faculty of the high school were congratulating adair for completing his last chemotherapy session seemingly overcoming his recent battle with cancer. photo by rick Gunn