Power customers plead for "No" vote on rate increase 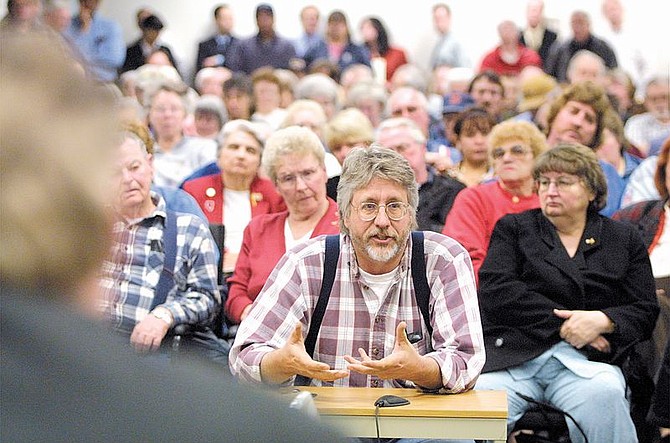 Charles Martins, center, questions the Public Utilities Commission of Nevada on Monday night during a consumer session in Carson City. A capacity crowd of mostly disgruntled energy customers filed in to protest a proposed rate hike.