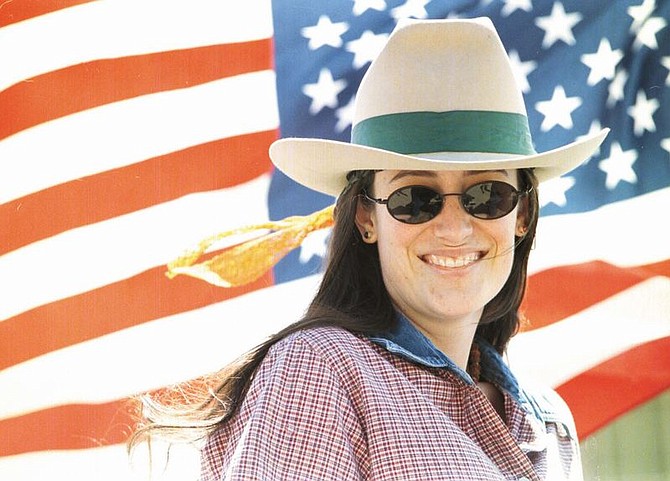 Kirstin Lambert smiles in front of the flag on her float in the Virginia City Parade. Photo by Rick Gunn