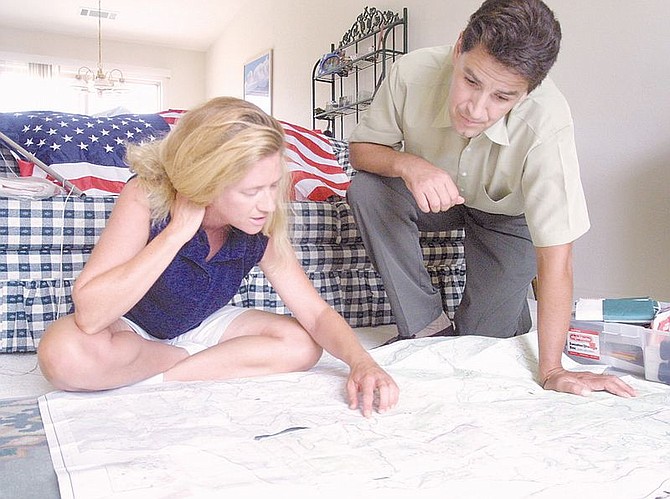 Mary Hataway and Paul Taggart discuss the logistics of a plan to climb the fourteen tallest mountain peaks in California and place a flag honoring the victims of Sept. 11. The climbs will take place throughout the summer and involve nearly 30 Carson area residents.