Wild horses captured in Carson City soon up for adoption 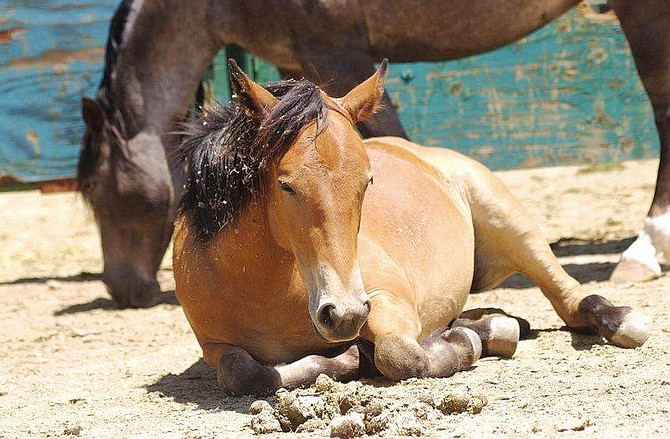 A colt captured with a herd in north Carson City basks in the sun Friday at the wild horse enclosure at the Stewart Conservation Camp.