Man crosses country in the name of Abe Lincoln 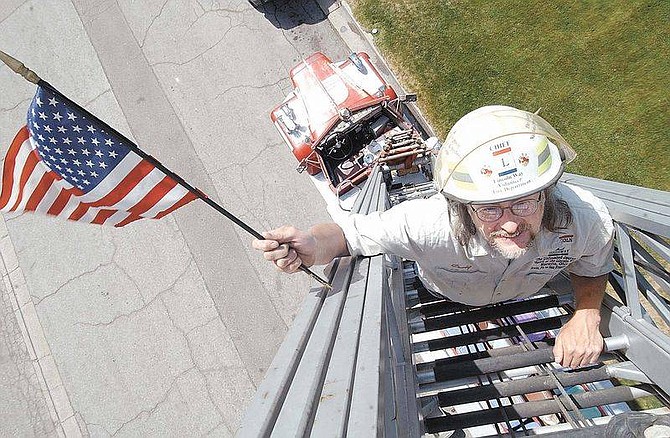 Photo by Rick GunnCraig Harmon, founder of the Lincoln Highway National Museum and Archives in Galion, Ohio, stands on the ladder of a 1964 Maxim firetruck.