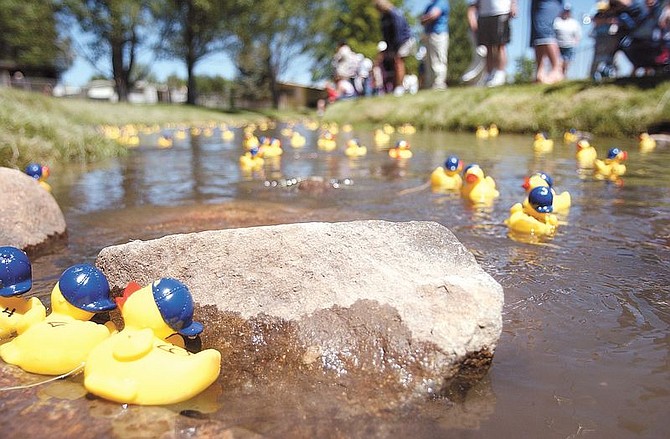 A few of the more than 600 ducks get stuck along the rocks at the Duck Races at Lampe Park Sunday. Proceeds for the race went to the Food Closet. Photo by Brian Corley