Officials warn summer heat can be fatal to pets 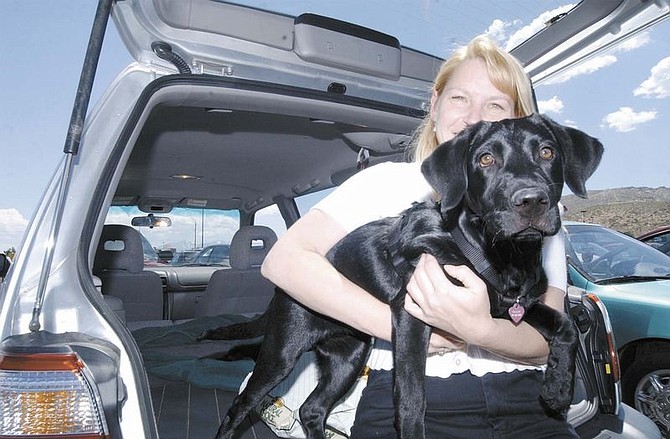 Corrine Petra holds her Lab Callie Tuesday afternoon in the Wal-Mart Parking lot. With temperatures in the 90&#039;s Corrine brought Callie to the pet store with her instead of leaving her in the car.