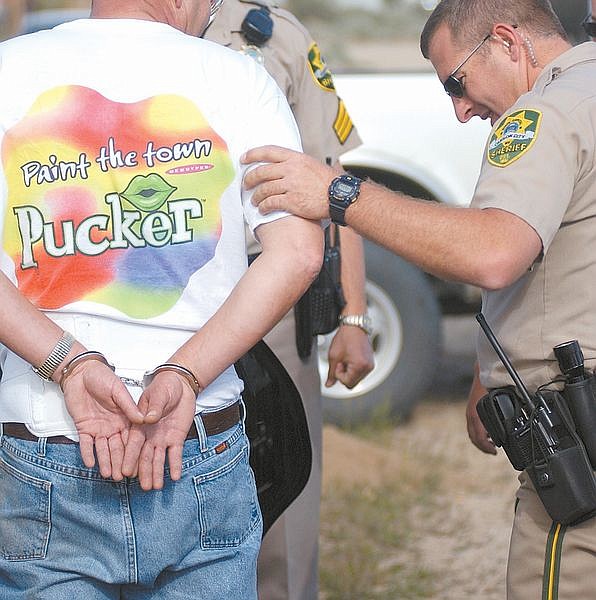 Carson City Deputy Bill Abbott leads an unidentified man away after he cursed at two teens in the Eagle Station Plaza and then hid from police in a field to the East of the parking lot. Photo by Brian Corley