Girls swim away from accident 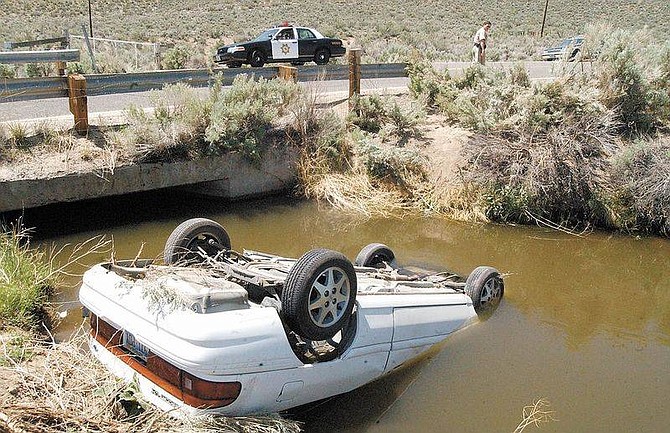 Photo by Rick GunnThree occupants of a vehicle traveling east on Carson River Road suffered minor injuries after failing to negotiate a curve and overturned into a canal near the Silver Saddle Ranch on Thursday afternoon.