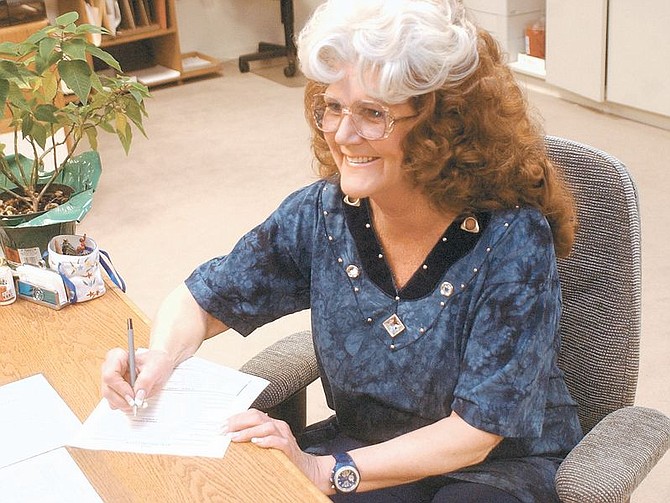 Mary Ann Dickens files for Clerk Recorder monday afternoon. She was the last person to file for a Carson City elected office. Photo by Brian Corley