Treats abound on All Hallow's Eve 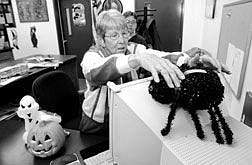