Will the next "Bachelor" come from Reno? 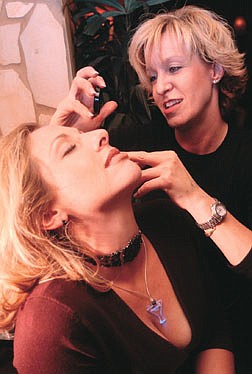 Rita Boyd closes her eyes as Linda Nalepa puts eye liner on for her on-camera interview for the ABC television show The Bachelor. Photo by Brian COrley