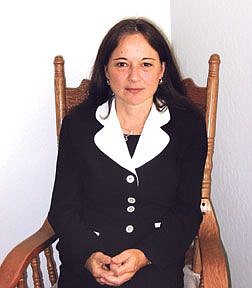 Photo by Kurt HildebrandConnie Steele is working to establish a memorial to plane crash victims, both in the Sierra and Sept. 11.