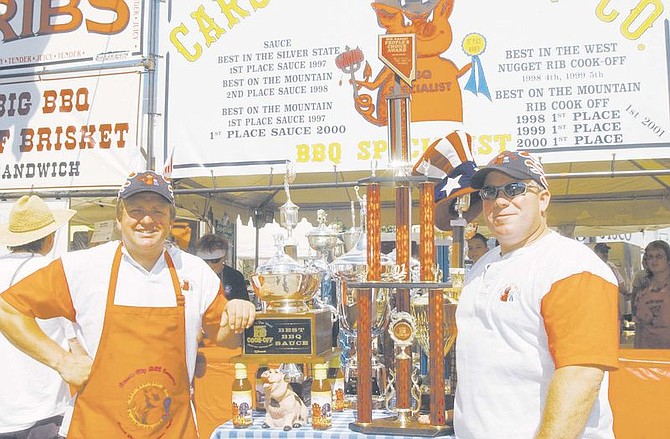 Phil Hyatt, left, and Duane Felker stand next to their trophies in front of their booth at the Reno Rib Cook-off. Last year they were the first ever to win two first place trophies, Best Sauce and People&#039;s Choice. Photo by Brian Corley