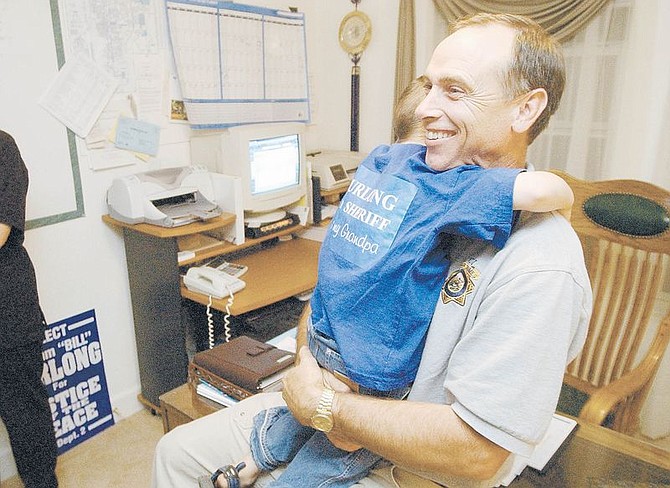 Carson City Sheriff&#039;s Kenny Furlong gets a support hug from his grandson Gage Furlong just before finding out he will advance to the general election. photo by Rick Gunn