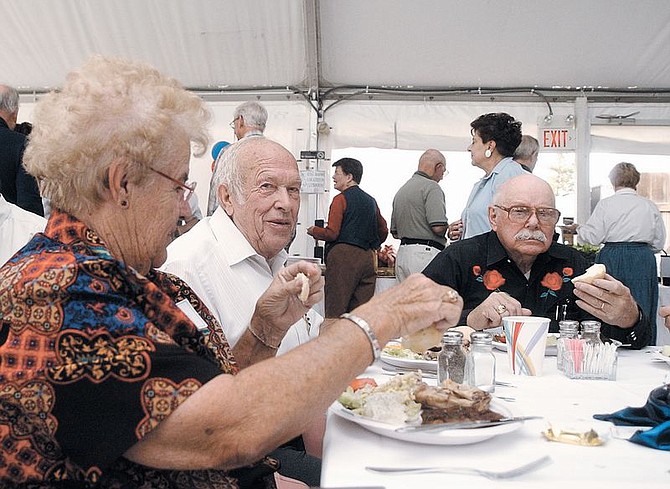 Betty and Lawrence Jacobsen, left, sit with Ed Harris, a former Lyon County Republican Central Committee member, during a barbeque in honor of Jacobsen. harris said he could count on jacobsen for support when he needed it. Photo by Brian Corley