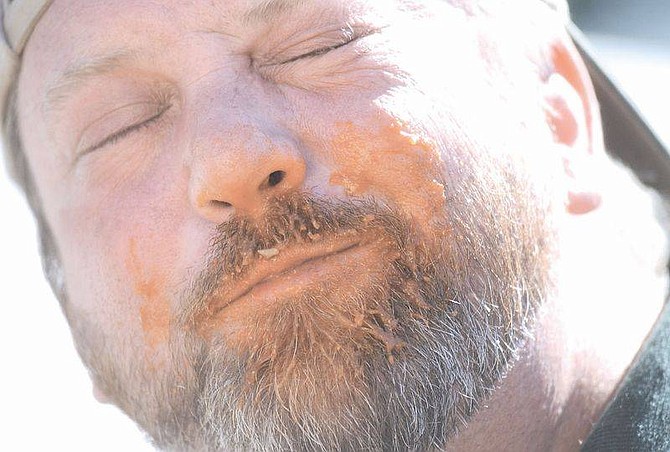 Photo by Brad HornBrian Nichols takes a breath after finishing the noodle eating contest at Dayton Days on Sunday afternoon. Nichols is the program assistant for the 4-H at the University of Nevada, Reno.