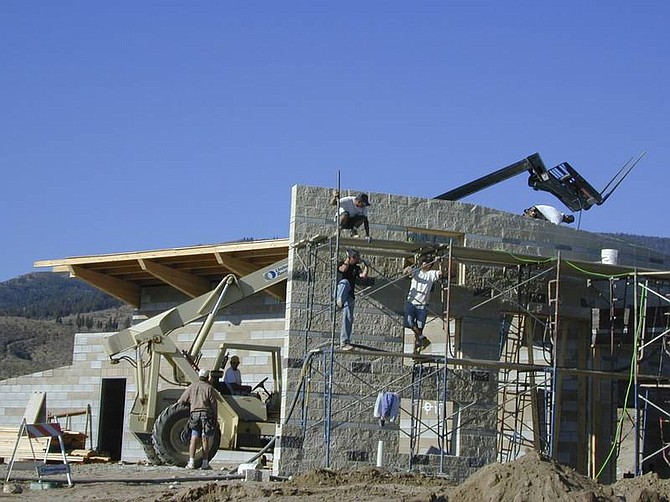 Photo by Mike GreenanWorkers continue construction on the Jack C. Davis Observatory at Western Nevada Community College. It is scheduled to open in January.