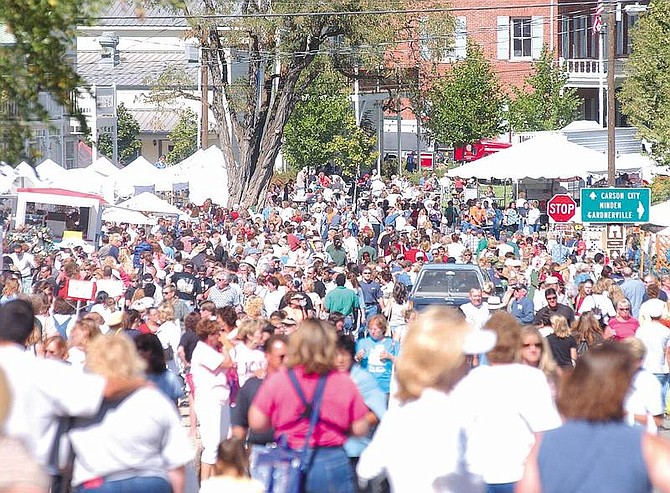 Photo by Brian Corley.Thousands of shoppers flooded Genoa on Saturday for the 82nd Candy Dance Arts and Crafts Faire. The fair is also open today.