Some Northern Nevadans OK with Yucca dump -- but not all 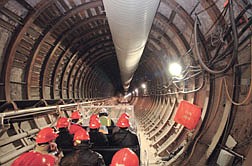 Members of the Northern Nevada Development Authority toured the Yucca Mountain Project Thursday. The group was informed with general information and an overview of the site.