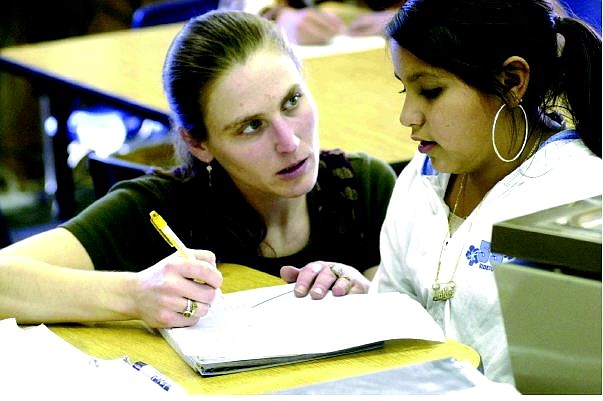 Special education instructor Michelle Harper, left, works on math problems with Erika Rodriguez at White Mountain Middle School in Eagle Point, Ore., Oct. 28, 2003. Parents and teachers of special education students have fought hard for funding and for students to be mainstreamed and now the new law, dubbed No Child Left Behind, has turned more attention onto special education because of the resulting consequences for all segments of public schools. The federal law mandates that schools bring all students up to grade level on reading and math standardized tests, including special education students and those who don&#039;t speak English.(AP Photo/Don Ryan)