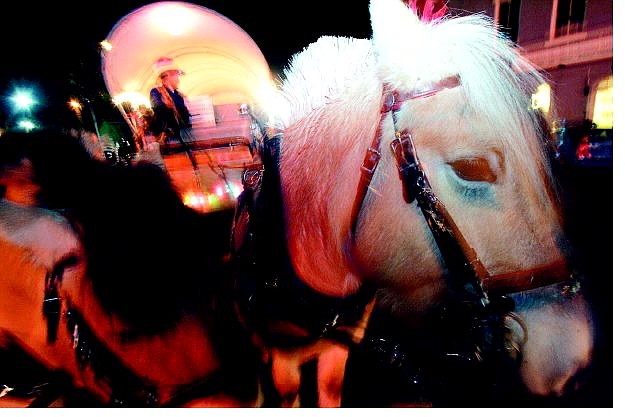 BRAD HORN/Nevada Appeal Steven Summers gets ready to begin a Christmas caroling tour of Carson City&#039;s historic west side Friday evening. Below, Kerstyn Countryman, 4, plays with her grandmother Jane Countryman while waiting to board a horse-drawn carriage for a night of Christmas caroling. Caroling in the capital is a new venture from Hoofbeats and Carriages.