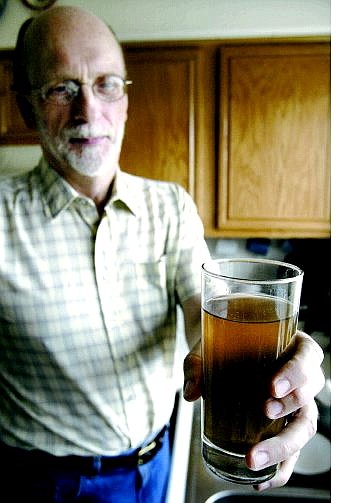 Cathleen Allison/Nevada Appeal Emory Alexander shows a glass of water at his north Carson City home on Monday. The city water department told him it was probably safe to drink but he could boil it if he&#039;d feel safer.