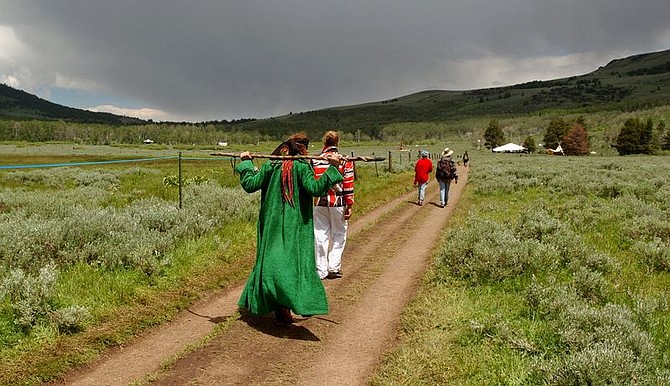 ** ADVANCE FOR SUNDAY JULY 4 ** Rainbow Family participants walk on a path which separates villages Wednesday, June 30, 2004, in the Modoc National Forest, Calif. The remote counterculture event culminates Sunday as thousands of hippies and followers of unorthodox religions hold hands in a circle and silently pray for world peace from dawn until noon. (AP Photo/Ben Margot)