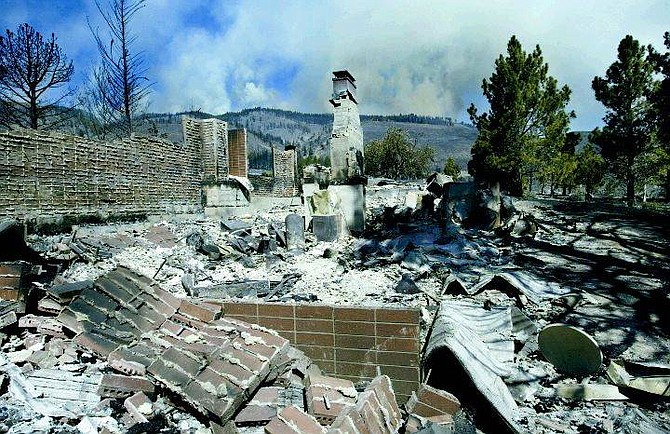 The Waterfall Fire continues to burn out of control Thursday, July 15, 2004, in Carson City, Nev. after destroying more than 8,500 acres and 21 structures. This home in Kings Canyon was one of several lost Wednesday in a firestorm that destroyed several fire trucks and injured firefighters. (AP Photo/Nevada Appeal, Cathleen Allison)