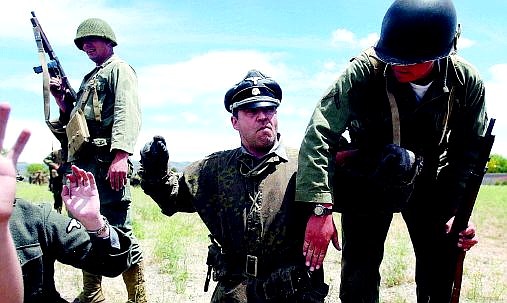 BRAD HORN/Nevada Appeal Joerg Koschyk gets searched after being captured by American soldiers during a re-enactment of D-day at the Carson City Airport on Saturday.