Marine happy to be back from Iraq 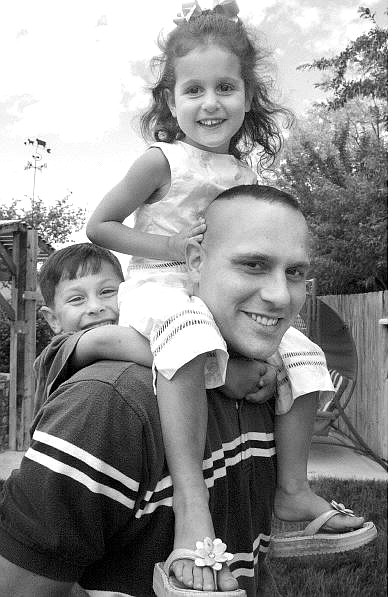 Cathleen Allison/Nevada Appeal Marine Staff Sgt. John Wyble plays with his family after returning home from his second tour of duty in Iraq. John and his wife, Stephanie (not pictured), and their children Scott, 5, and Brianna, 3, are visiting Wyble&#039;s parent&#039;s Carson City home.