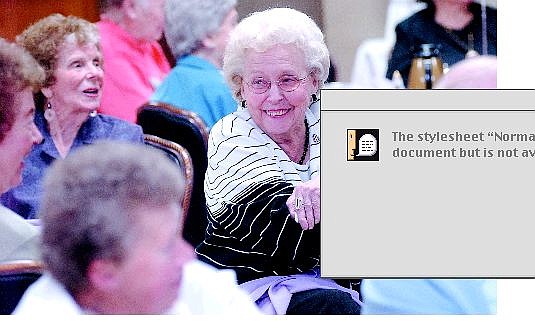 Rick Gunn/Nevada Appeal Carson City Natives and Newcomers member Marty Rouleau, above, smiles while listening to Carson City Sheriff Kenny Furlong, below, at the club meeting at the Carson Nugget Thursday. Furlong spoke about medical ID bracelets and the benefits of the program. The bracelets will be available July 1 at the grand opening of the Carson City Senior Citizens Center and the sheriff&#039;s department