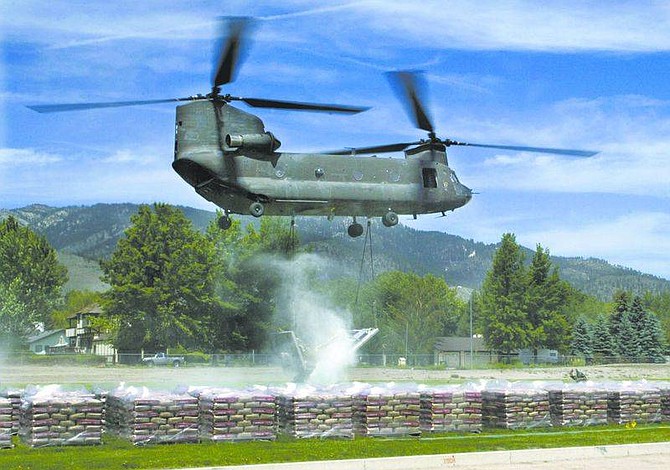 Cathleen Allison/Nevada Appeal An Army National Guard CH47D Chinook helicopter had successfully delivered one load of cement to the C-Hill project Monday morning before the transporting platform broke. The load of 9,000 pounds of bags of cement was just a few feet off the field at Carson Middle School when the structure buckled.