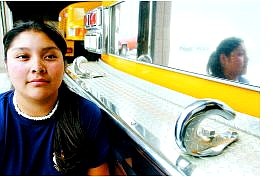 BRAD HORN/Nevada Appeal Daza Talas poses next to a fire engine at Fire Station No. 2 in Carson City Thursday afternoon.