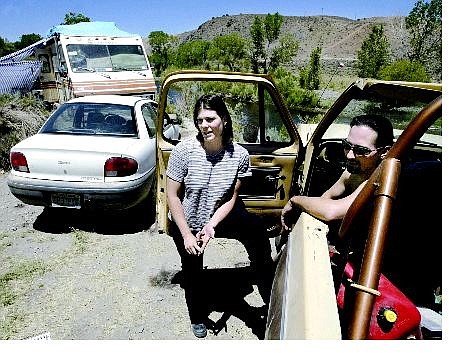 Cathleen Allison/Nevada Appeal Mary and Dave - names have been changed for privacy - have made a life for their family on the edge of the Carson River after his illness left them without income. Sheriff&#039;s patrol will begin clearing the area next weekend.