Nevada cowboys looking for final round 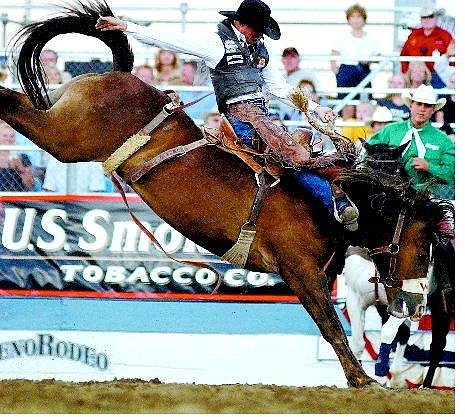 BRAD HORN/Nevada Appeal Matt Marvel, of Battle Mountain, rides to an 80 in the saddle bronc riding competition at the Reno Rodeo.