Eagle Scout builds bench on the summit of C Hill 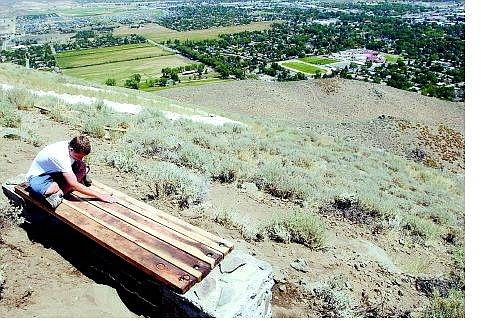 Brad Horn/Nevada AppealRyan Keating, 15, of Carson City and 16 other Scouts and volunteers built this bench at the top of C-Hill Saturday. Keating, above, and his father, Ryan; Ed and Nathan James; and Chris Bradley finished the Carson High School student&#039;s Eagle Scout project Sunday morning.