Military families back home after close brush with Sierra blaze 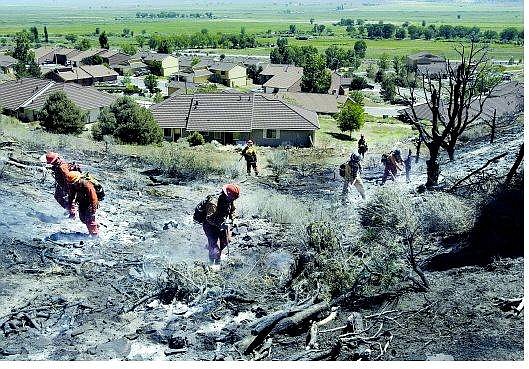 Cathleen Allison/Nevada Appeal Firefighters from a Stewart Camp crew continue to mop up the Vittori Fire near Coleville, Calif., Tuesday. Firefighters were able to protect the Coleville Marine housing area from the quick moving blaze that ignited Monday afternoon.