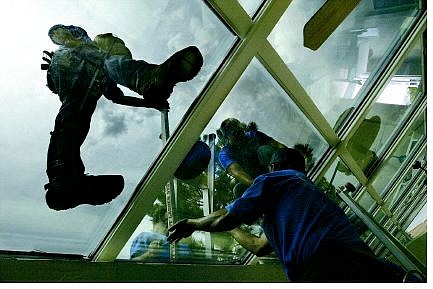 Cathleen Allison/Nevada Appeal Custom Glass employees, from left, Al Stevens, Ben Atack and Javier Flores install a ceiling panel in the roof of the atrium at the Station Grille Wednesday.