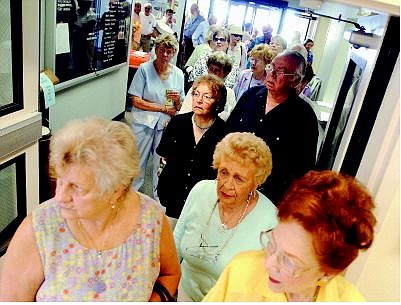 BRAD HORN/Nevada Appeal Inge Erikson, from left front, Helen Self and Dorie Pharris wait in line during the grand opening of the expansion at the Carson City Senior Citizens Center on Thursday morning.